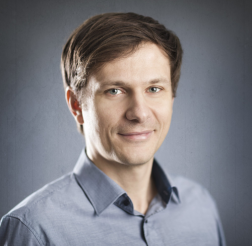 I work on new methods to better predict space weather and their possibly detrimental effects at Eart[...]

I work on new methods to better predict space weather and their possibly detrimental effects at Earth. The ultimate goal is to lay the groundwork for space missions that can accurately predict solar storms from the Sun-Earth L5 point or from near the Sun-Earth line. To verify my techniques I use data returned by spacecraft which are spread throughout the solar system, acting together as one giant observatory. This presents an unprecedented way to understand solar storms on heliospheric scales. These techniques may be used for the upcoming missions Solar Probe Plus, Solar Orbiter, BepiColombo and possibly interplanetary CubeSats (CuSP). I have recently also begun to work on magnetic storms on exoplanets, which may or may not play a role in detecting signatures of life in the atmospheres of Earth like exoplanets. google scholar: https://scholar.google.at/citations?user=TUqR1YQAAAAJ&hl=en&oi=ao

No issue has been released yet

Principles of the Self-Journal of Science: bringing ethics and freedom to scientific publishing